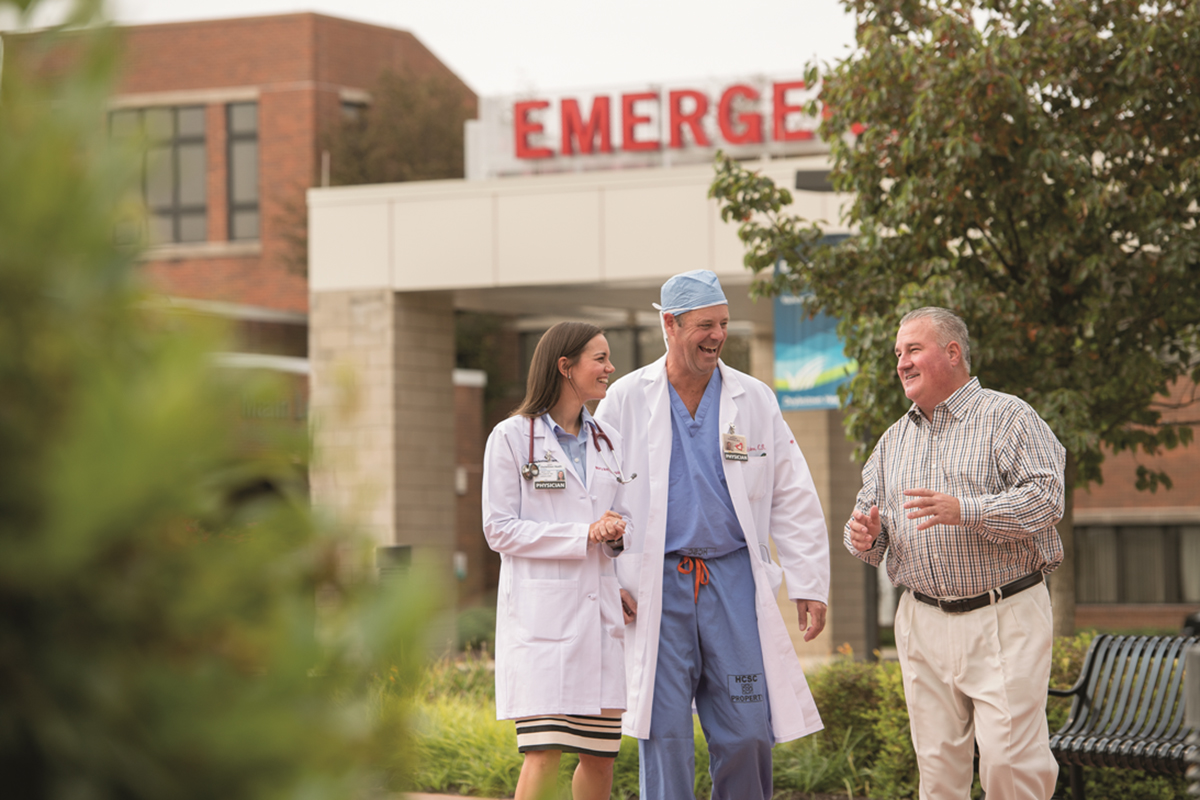 A Mulligan for Life

In the game of golf, a “mulligan” is the equivalent of a do-over. As a golfer, Steve Novello appreciates just how much this term applies to his own life.

“I’ve Never Experienced That at a Hospital, Ever”

Shortly after moving to Doylestown four years ago with his wife and younger daughter, Steve experienced severe chest pain. He attributed it to the stress of the move and the less than ideal eating he had done lately. Nonetheless, his wife took him straight to the Emergency Department at Doylestown Hospital. “Thank God she got me there, because it was the dumbest thing you could possibly do, not going in an ambulance when you’re having a heart attack,” says Steve.

The next four days were a blur but Steve noted that, “everyone here cared about me, cared about my wife, cared about my daughter. I’ve never experienced that at a hospital, ever.” As he recovered, Steve developed a rapport with Steven Guidera, MD, Interventional Cardiologist and Director of the Cardiac Catheterization Lab. They share an affinity for golf and play together occasionally.

The next close call came for Steve two years ago on New Year’s Eve. “I was feeling severely ill and we rushed to Doylestown Hospital,” Steve shares. “It turned out that I actually tore my esophagus that night!” Joseph Minissale, DO was the gastroenterology specialist on-call when Steve came in. According to Dr. Minissale, “Steve’s situation was life-threatening. The location and severity of the tear, in addition to the blood thinners he was on, made it tough to stop the bleeding. With my colleagues in the Woodall Center for Heart and Vascular who knew Steve’s history and our outstanding care teams, we could act without hesitation to address his condition.” According to Steve, “I knew I was in good hands again.”

Continuing Steve’s cardiac care is MaryAnn Williamson, MD. “She’s my cardiologist and an amazing one at that. I think she’s smart about everything and knows the right thing to do and I should do a better job doing it,” Steve says with chagrin.

As the primary caregiver for his mother, Steve also deeply appreciated the compassion with which his mom was treated at Doylestown Hospital. “The nurses had tears in their eyes because they could see how much she was struggling due to her dementia. I could tell they looked at my mom not as just a patient, but as my mom.”

Through Doylestown Health Foundation’s Honor A Caregiver program, Steve made special gifts to share his appreciation and gratitude for Dr. Guidera, Dr. Minissale, and Dr. Williamson. “I think it’s easy to give back” says Steve. “You invest in things that you really want to see succeed but also to say thank you. By doing this I hope they can help someone else the way they helped me.”