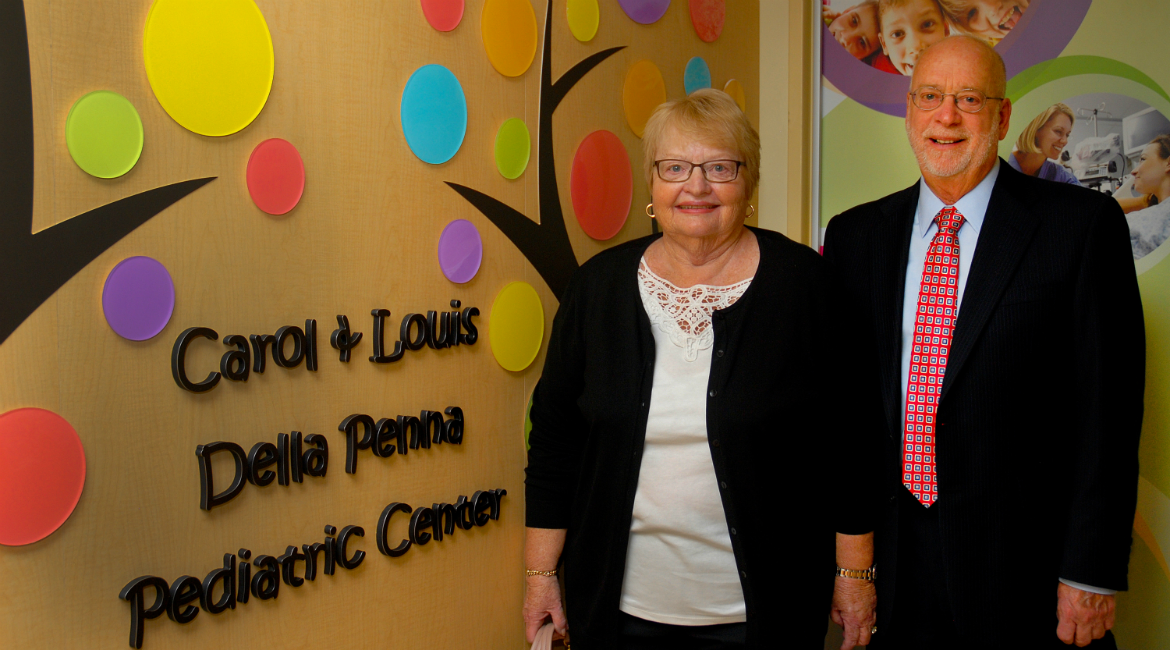 Grateful To Give Back

It was nearly 20 years ago that Louis Della Penna first became acquainted with Doylestown Hospital. He came to the ER with chest pains, where doctors stabilized his dire condition.

“I was told I had two hours to live,” said Louis. “They literally saved my life.”

The life he has lived since has included service on the steering committee of Friends of The Heart Institute, as well as the hospital’s Foundation Board of Trustees.

“Doylestown Hospital is a special hospital. They’ve attained a level of quality that is much higher than you’d find in most community hospitals. We’re very proud of what they’ve done,” Louis added.

“We’ve been blessed with four children and seven grandchildren,” explained Louis. “Five of our grandchildren live in the Doylestown area.”

That’s a large part of the reason why the Della Penna’s took advantage of an opportunity to make a real difference in the community. Through an endowment funded by appreciated gifts of stock, their support of Doylestown Health established the Carol and Louis Della Penna Pediatric Center in 2014.

“It’s very exciting for us to think we’ve been able to do something for the community and for the hospital. We need a thriving, full-service hospital that covers all areas of healthcare,” said Louis.

A View Toward the Future

The Della Penna’s are eager to watch their namesake center grow.

Doylestown Health Foundation provides a number of gift planning opportunities to help you achieve your financial, charitable and estate planning goals. Legacy gifts can be designated for a specific entity, service line, or program at Doylestown Health that is important to you. To share your intentions and to learn more about the additional benefits of planned giving, such as recognition opportunities to honor your future investment, please contact the Doylestown Health Foundation Office at gifts@dh.org or 215.345.2009.